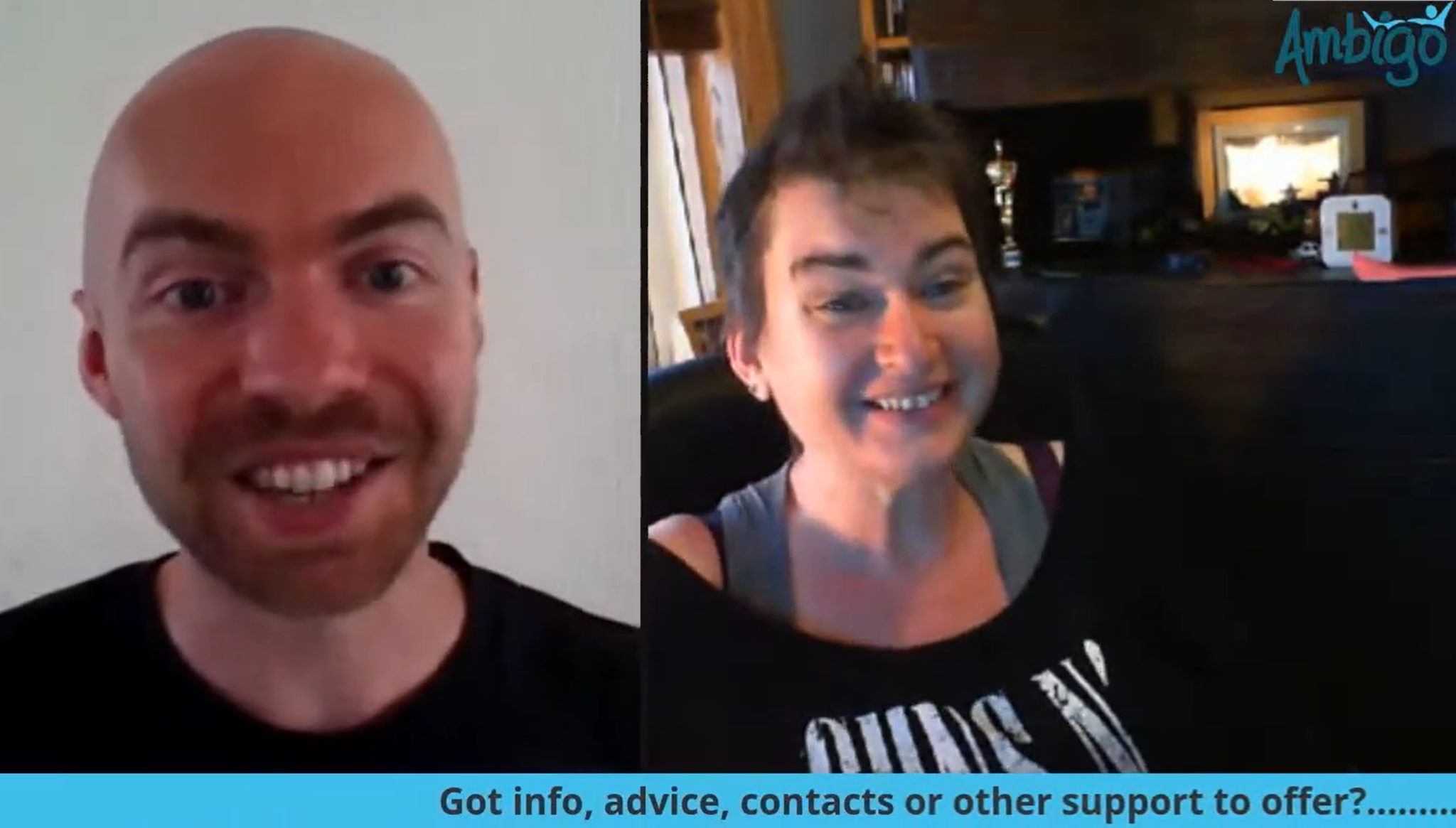 Meet Maria and hear what its like being a Mum with children that have life limiting conditions. Maria was part of an online event with Ambitions of Brighton and speaks on behalf of herself and her friend Nat.

“We just want to do what everybody else does. It’s that bit more difficult for us because some of our children are on wheels”

“I want people to understand what it might be like to have a family member who uses a wheelchair, and what people might be able to do to be more inclusive in the way they operate within the community, businesses and places families want to go to.

“I’m a mum of three young children. I have 10-year old twins – one of whom has quadraplegic cerebral palsy and the other is able bodied, and I have a 12-year old daughter as well. Tom’s been using a power chair for the last two years, but has always been a full-time wheelchair user.

“It’s always been a very difficult thing for us to be including him in things. It goes from the very basic stuff of not being able to get into people’s houses because of steps. Obviously when children are younger, it’s easier because you can pick them up out of their wheelchairs. That works until the children just get too heavy to do that. Then you feel like you’re being left behind.

“For example, at the cinema, you’re only allowed to book one seat for a family member next to the wheelchair and the rest of the family has to sit somewhere else…or you go to a cafe and there are steps at the door so you can’t actually get the wheelchair user inside. Quite often, a lot of fuss is made, making you feel unreasonable for asking for access. That causes tension and embarrassment for your children. They don’t want to be stared at. They just want to operate as a normal family because that’s what we are.

“I know it’s unusual for other people to see families like ours – you know, children in wheelchairs, you don’t see every day. But, it’s every day of our lives. There are barriers in pretty much everything we do outside of our house. Tom doesn’t have a mindset of “I shouldn’t have the expectation to do everything that everybody else does”. It’s becoming disappointing to him… he doesn’t understand why things are always so difficult.

“There are lots of things that can be done at minimal effort, but quite often those things aren’t done.There’ll be people out there who don’t know how important it is to be able to get in a cafe and choose a cake for yourself rather than having to stay at the door and guess what might be inside… and a lot of cafe tables are the wrong height for wheelchair users to get their knees underneath.

“Shops at Christmas time…an absolute nightmare because the aisles get filled with so much extra stuff…if you see a shop that’s got too much stuff out, say “Have you thought about the impact of this on your customers?”

“We were in Littlehampton a few weeks ago…and there was no way of getting Tom on the beach. Councils don’t tend to put that vision in of a long walkway that goes down to the beachfront so wheelchair-using children can join in making sandcastles with their siblings. If you see a campaign that says “Support us getting beach wheelchairs or ramp access down to the beach front, get your name on it! It really makes a difference to families like ours” Maria says when places aren’t accessible, she says “it causes a sense inside that they’re not welcome, they’re not accepted. That’s a really damaging thing to feel. Life is hard anyway, and I don’t want my son growing up thinking people would rather that he didn’t come in”

*HOW MARIA SAYS YOU CAN HELP*

If you know someone who runs a cafe, you can ask them to get table raisers to lift them up a few inches. Likewise, if you have an accessible toilet, don’t use it to store the mop in and other bits and pieces!

*Generally, a bit of thought of what could we change to make things accessible for wheelchair using childrenMaria concludes

“We’ve had lots of examples of people being super super kind and being low-key and not embarrassing and overt, but just making the effort to make small adjustments. It’s something a lot of people can do for families like ours.“

My name is Ella Peters. I'm 21 years old and live in Lewes. I love…

Merry Christmas 2020 from all the team at Forward Facing

Ryan is our walking hero!

The Argus covered Ryan and his amazing achievement. Below is the article from The Argus.…