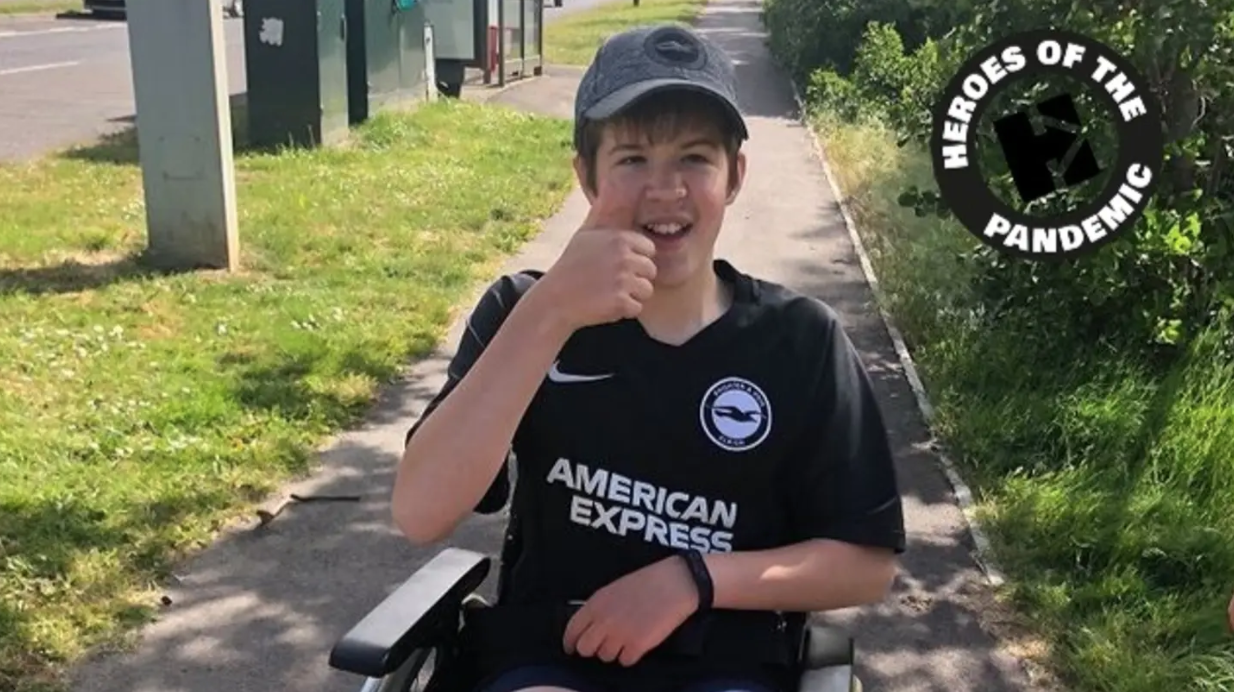 Even LAD Bible picked up Ryan’s story… Read their article below:

A teenager with autism, spina bifida and hydrocephalus has raised £3,000 ($4,119) for charity with an excruciating week of walks. Ryan Banbury, from Hayward’s Heath in West Sussex, has had to overcome more in his 15 years on this Earth than most of us will face in a lifetime.

He has had nine operations, one of which was to close his back due to his open spina bifida – the most severe form of the neural tube defect, whereby the spinal canal remains open along several vertebrae.

He has also had eight brain surgeries to combat the build up in fluids caused by hydrocephalus.

On top of this, he has to have a bowel washout every day and be intermittently catheterised fives times a day.

Given the above, he could be forgiven for spending his free time getting some well-earned rest and relaxation – but Ryan was inspired to help others after seeing the noble exploits of Captain Tom Moore.

Speaking to LADbible, his mum Nat said: “He saw Captain Tom Moore walking and said, ‘I want to do that for Candice’.

“She’s the CEO of Forward Facing, which makes memories for children with life-limiting and life-changing conditions.

“She has been so lovely to our family and Ryan wanted to give something back.”

Walking for a week would be no mean feat for the teen, as he suffers pain in his knees and hips when walking.

But just as he defied the original prognosis that he would never be able to walk, Ryan managed to cover nine kilometres on his own two feet, smashing his £100 ($137) fundraising target in the process.

Teaching assistant Nat said her eldest is a hero to her and many others in their community.

The mum-of-three said: “He walked everyday for a week and tried to walk until it was too much. On one walk he fell but wouldn’t give up.

“He’s been a huge inspiration to many people. He has faced so many challenges in his life but always tries his very best and wants to help everyone.

“I’m so unbelievably proud of him. When I’ve been feeling low and seen what he can achieve, it makes me swell with pride.

“He’s a massive inspiration to many people and proves that anything can be overcome, even with obstacles in the way.”

Meet Izzy! Izzy is a very special person to Forward Facing for so many reasons…

Each September is Childhood Cancer Awareness Month. This month helps to highlight the impact of…

Tom and Iris were born early at 32 weeks and 4 days. We found out…