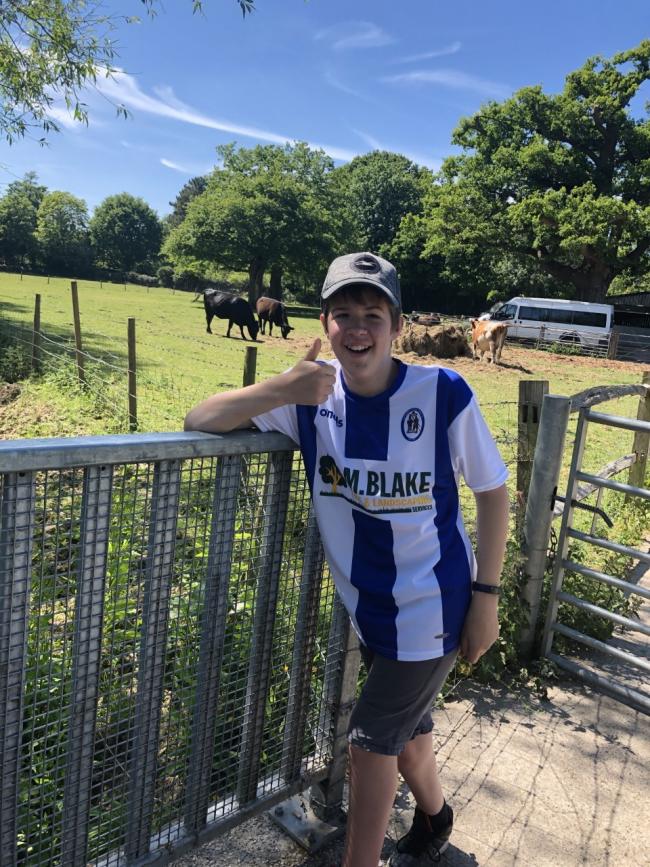 The Argus covered Ryan and his amazing achievement. Below is the article from The Argus. Well done and thank you from everyone at Forward Facing!

A DETERMINED teenager has done a sponsored walk in lockdown despite his mobility problems.

Ryan Banbury was born with a hole in his back and suffers from spina bifida, which affects his legs, bowel and bladder.

The 14-year-old from Haywards Heath also developed a condition called hydrocephalus as a baby – a build-up of fluid in the brain which can affect memory.

His mother Natalie said: “Ryan is a very determined boy and he’s never let anything affect him. He was inspired to do a walk during lockdown after seeing Tom Moore on the news.”

Captain Tom raised millions by walking laps of his garden to mark his 100th birthday.

Natalie said: “Ryan wanted to raise money for the Sussex charity Forward Facing, who help children and young people with life-limiting conditions and disabilities have experiences they will treasure for ever. We set a target of £100 as it’s achievable, not expecting to get the amount we’ve now raised – it’s fantastic.”

Ryan walked 8km over six days in Haywards Heath and Lindfield and has raised more than £2,500 for Forward Facing. Natalie said he found it especially challenging as he has not had access to his usual hydrotherapy during the coronavirus lockdown, but he did not give up.

She said: “We did one walk and he fell over but he was persistent and he got back up and carried on. If he puts his mind to something he does it.

“He’s captured people’s hearts and it’s great as it’s this thing that he’s done all by himself for a good cause.

“For someone who really struggles with walking it’s massively impressive and we’re so proud.”

Natalie wants to share Ryan’s achievement to give hope to other families whose children have conditions such as spina bifida. She said: “I wish I’d had some good news like this when Ryan was born.

“I think it’s really beneficial for people starting that journey to hear, as you are always told the worst case scenario.”

Click here to read the full article on The Argus

“We just want to do what everybody else does. It’s that bit more difficult for us because some of our children are on wheels”

As part of the Aviva Community Fund, we are asking for pledges to help support…