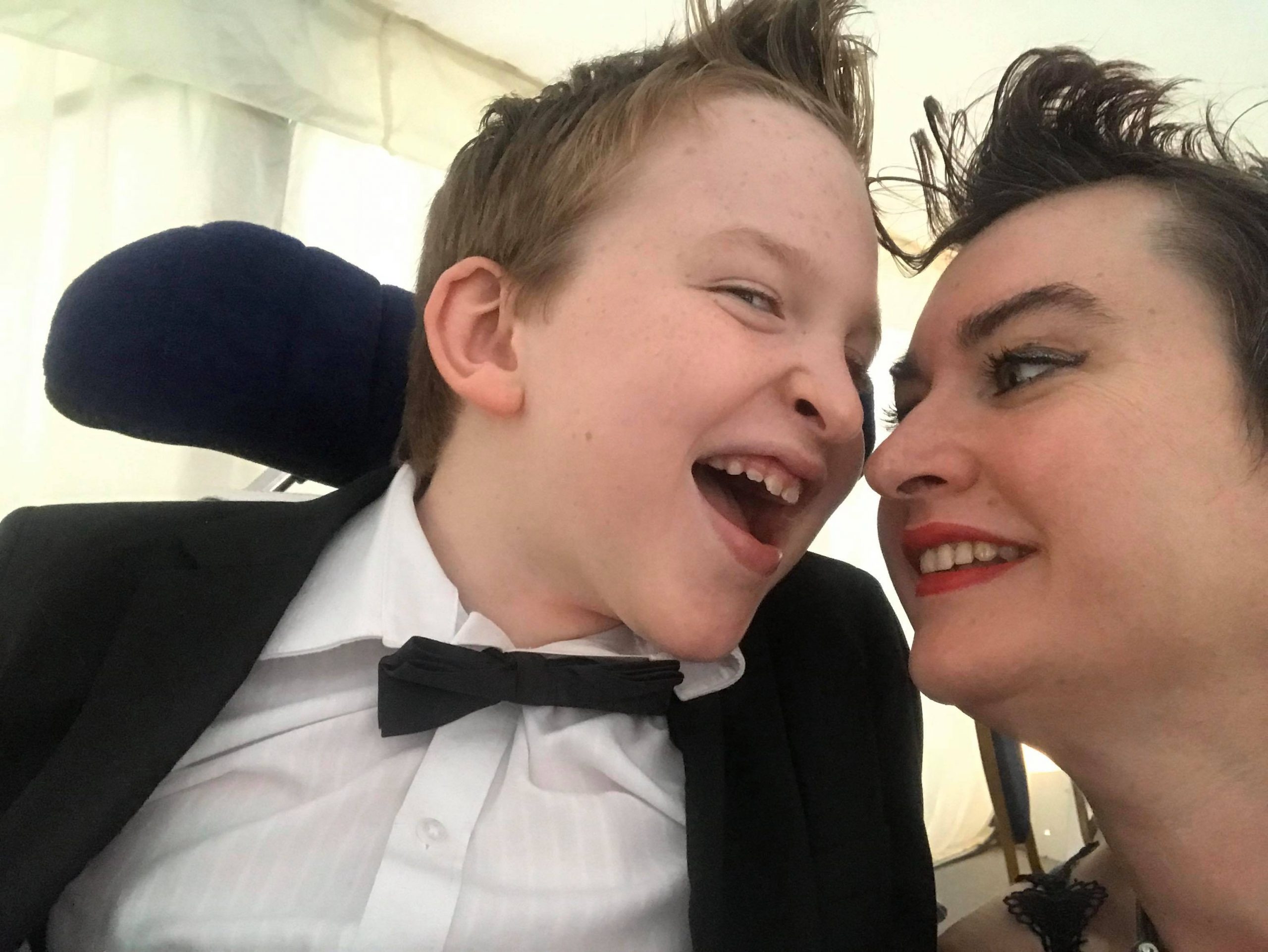 Tom and Iris were born early at 32 weeks and 4 days. We found out that Tom had quadriplegic Spastic Cerebral Palsy when he was a year old. Despite a grim prognosis of severe intellectual and physical disability, epilepsy and many other issues, we pulled up our socks and got on with things in the best way we know how – with love and humour and hope.

Tom is 10 now and some of the initial prognosis has come to pass – he can’t walk, he has limited ability to sit unaided, does have epilepsy and some learning challenges BUT he has smashed it out of the ballpark in so many respects.

No one could have predicted how amazingly bright and funny he would be.

No one predicted what fantastic speech he would have and how well he would communicate his needs.

No one predicted that despite his challenges he would manage mainstream school part time in his early years.

No one predicted he would have a wonderful singing voice or a passion for drama.

No one predicted he would attend mainstream cubs with his twin sister or do archery and rock climbing and skiing and skydiving.

And no one predicted he would be the making of me – that I would find strength I never knew I had and become the best advocate for him that I could be. In the words of Tom, “my Cerebral Palsy is the least interesting thing about me”.

This music event was organised by the late and great Andrew Collins. After coming across…

My name is Ella Peters. I'm 21 years old and live in Lewes. I love…